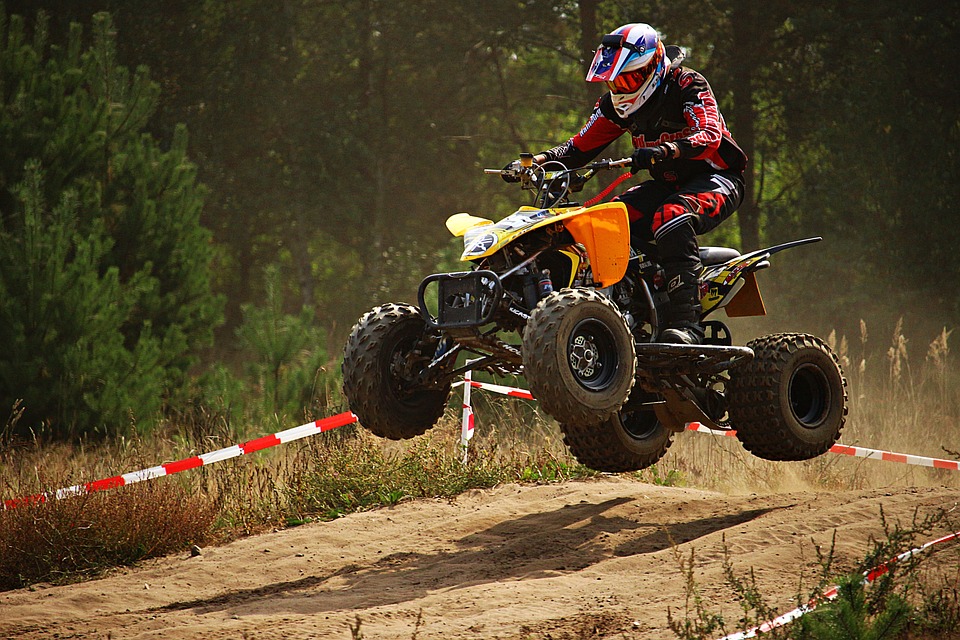 All-terrain vehicle (ATV) is also known as quadricycle & is meant to handle a large variety of terrains. The suspension system of ATV is typically a double wishbone system which is suitable for achieving a lower center of gravity for different sports events viz., Baja SAE. The double wishbone is equipped with shock absorber which is either a coil over shocks or an Air shocks.

Coil over shocks uses helical coil springs to withstand the loads whereas air shocks use an enclosed air chamber which sustains the entire load coming on the wheels. The damping system is necessarily a hydraulic piston-cylinder arrangement with pressurized nitrogen in both these shock absorbers.

Coil over shocks constitutes helical coil spring of single or multiple rates fixed with a specified preload over the shock absorber. Coil over shocks also generally uses bump stopper to take the higher end loads to avoid metal to the metal touching condition. The spring wire size of coil springs depends on the amount of load on the shock absorber.

Air shocks constitute air chamber typically at a pressure in the range of 2-20 Bar. The air pressure in air shocks increases with the shock absorber stroke due to air compression & hence the load carrying capacity also increases.

Pros of coil over shocks:

Cons of coil over shocks:

The final choice between coil over and air shocks for ATV depends on the application of ATV & the expected performance level from ATV.